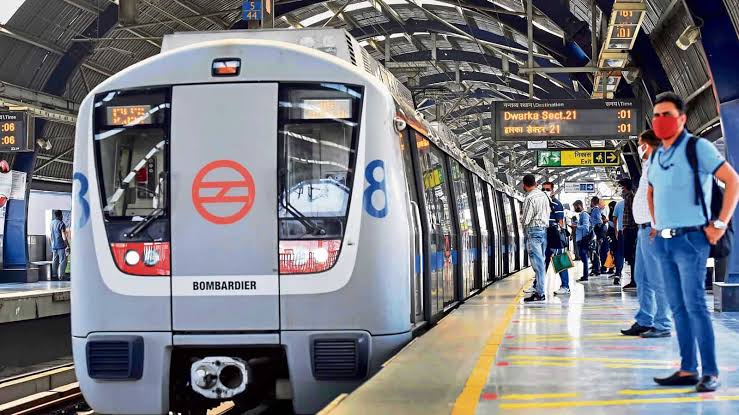 Delhi Metro news: After a 2-hour delay, train service between Dwarka Sector-21 and Noida Electronic City/Vaishali stations on the Blue Line has been restored. On Thursday, it was hampered by technical difficulties (June 9).

“The Over Head Electrification cable between Yamuna Bank and Indraprastha has been damaged owing to a flashover caused by an external object. Repairs are being carried out on a war footing “DMRC stated on Twitter.

“We will offer an update on the restoration process as soon as possible. We apologise for the inconvenience “, it went on to say.

The services were previously halted due to a technical issue, according to the Delhi Metro Rail Corporation Limited (DMRC).

Train services between Dwarka Sector 21 and Noida Electronic City/Vaishali stations were momentarily unavailable during this time.

In the meantime, all other lines of the Delhi Metro are operating normally today.

On Monday, panic was sparked in a train on Delhi’s metro’s Blue line when one of the coaches experienced a spark.

Job – Recruitment : In the next six months, 86% of employees intend to resign, according to a report

If you take too much luggage the railways will charge you this time, The railway ministry announced

The Blue Route runs between Delhi’s Dwarka Sector-21 and Noida Electronic City, with a branch line to Vaishali. The spark caused the metro to come to a halt in the middle of its journey, causing a ruckus.