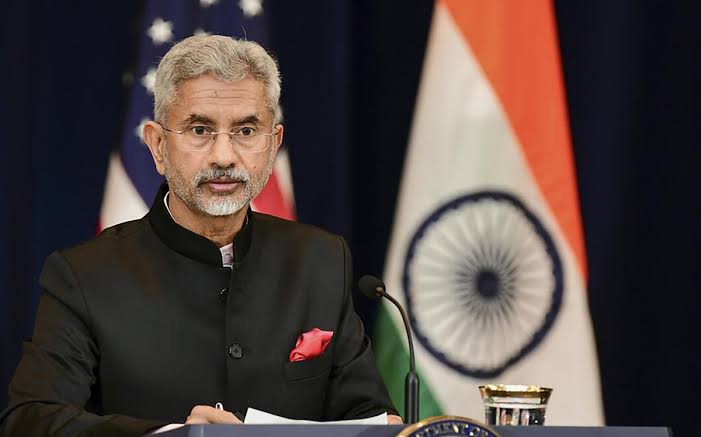 During a discussion at GLOBSEC 2022 on Thursday, External Affairs Minister Dr S Jaishankar addressed concerns about India’s role in the Russian-Ukrainian crisis and the global order.

When asked about India’s position in the present crisis, Dr. Jaishankar replied that Europe must develop away from the belief that its problems are worldwide issues, but that world problems are not Europe’s responsibilities.

On May 17, the Indian Navy will unveil two frontline warships.

Next census will be e-census: Amit Shah

“I don’t think it’s necessary for India to join any axis,” Dr. Jaishankar said when asked if India would join the US-led axis or China as another potential axis in the world. India has the right to make decisions that are consistent with its beliefs and interests.”

He went on to say that India is well capable of dealing with the situation with China. “It will be of benefit if I gain a global understanding and support,” he remarked. But this notion that I make a trade, that I come into one dispute to help in another conflict, is not how the world works.”

He emphasised that India’s foreign policy is not on the fence only because its policies may not be acceptable to other countries, referring to the war between Russia and Ukraine and India not siding with either side. “I’m not on the fence because I disagree with you,” he explained. It indicates that I am seated on my own turf. What are the major challenges, climate change, terrorism…” is where my ground is actually.

“Tell me buying Russian gas isn’t fueling the war?” Jaishankar said in response to a query on whether India’s purchase of Russian oil is funding the current conflict. Only Indian money is used to fund the project; no gas from Europe is used to fund it. Let’s try to be fair here.”

“Look at the whole narrative, it has gone up 9 times, it has gone up from a very low base…,” Jaishankar continued, pointing out and condemning the west’s hypocrisy on the subject. If the West, Europe, and the United States are so concerned, why aren’t they allowing Iranian and Venezuelan oil to enter the market?”

According to a WSJ investigation, India has emerged as an important hub for Russian oil trading, with Indian refinery companies buying cheap Russian oil and selling it on the worldwide market after refining it on a ship-to-ship basis, concealing the crude’s origin.

Reliance chartered a tanker to transport alkylate from Sikka port on April 21, according to the report, and the cargo was unloaded in New York on May 22. According to the article, the corporation refined the product in India and sold it in the United States, and that other Indian oil companies are doing the same. “It appears that Russian crude is refined in India and then sold to the United States,” the report stated.

Indian refinery businesses, on the other hand, have already dismissed the allegations, claiming that it was a hit job on the country’s thriving refining industry. They also stated that Russian oil and gas are unaffected by sanctions.

All assertions about the wheat export embargo were disproved by Dr. Jaishankar as well. “I don’t think people get it because they aren’t following the trade,” he added. We used to export wheat, but we began to see a run on it, largely due to foreign dealers located in Singapore and the United Arab Emirates.”

Speculators would not have free access to the Indian market… We don’t want to see what happened with vaccines happen with wheat. Dr. Jaishankar noted that “wealthy people are getting immunised,” and that India had supplied wheat to 23 nations this year.