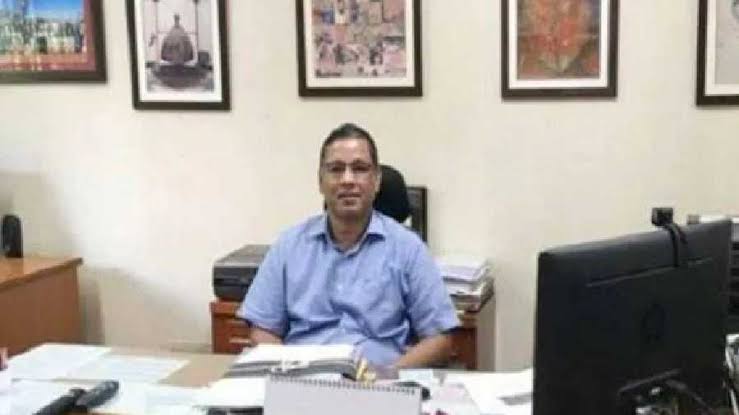 New IB Head Tapan Kumar Deka ,Samant Goel, who has been in charge of the Research and Analysis Wing (R&AW), has had his position extended by one more year.

On Friday, Tapan Kumar Deka, the “crisis man” in charge of the counterattacks during the 26/11 Mumbai attack, was named the Director of the Intelligence Bureau (IB).

According to a formal order issued by the Personnel Ministry, Deka, who has been in charge of the IB’s operations branch, will take over as the next leader for a two-year term. He is a Himachal Pradesh cadre officer from the 1988 batch.

Arvinda Kumar, who was given a one-year extension last year, will step down from his position on June 30.

Deka has replaced Special Director in IB A S Rajan, an IPS officer from the 1987 batch, but it was unknown what would become of him. His contract is up in February of the following year.

The other Special Director, Swagat Das, was transferred on Thursday and assigned to the Union Home Ministry as Special Secretary (Internal Security).

Samant Goel, who has been in charge of the Research and Analysis Wing (R&AW), has had his contract extended by a further year, the ministry announced in a separate order. Goel is now the third R&AW chief with a tenure of more than three years as a result.

Deka, who is regarded as an authority on operational matters, particularly in Kashmir and the Northeast, is currently in charge of the IB’s operations division after working there for more than 20 years.

He has extensive knowledge of terrorists and Islamic radicalization in the nation and oversaw operations against the terror organisation Indian Mujahideen, which in the 2000s carried out a string of bombings and other nefarious deeds around India.

Deka, an Assamese native, was personally despatched to his home state by Union Home Minister Amit Shah to tackle the tense situation that developed after the widespread violence that wracked Assam following the passage of the Citizenship Amendment Act in 2019.

He has recently been the government’s go-to person for issues relating to Jammu and Kashmir because of his significant experience dealing with terrorism supported by Pakistan in the delicate Union Territory.

Goel, an IPS officer from the Punjab cadre who graduated in 1984, was first appointed as R&AW chief in 2019 for a two-year term. In 2021 and again in 2019, he received extensions totaling two years.

He is thought to have been a crucial player in the execution of the surgical airstrikes in Pakistan’s Balakot in February 2019 as retaliation for the terror incident in Pulwama that left 40 members of the CRPF dead.

In addition, Goel is regarded as an authority on the situation in Kashmir.

Citizens above 17 years of age are now allowed to apply for voter ID card in advance. Details here

National Flag Adaptation Day : Do you know that a noble lady designed the flag of India. Calcutta flag is designed differently. It was made by an Freedom Fighter serving in the British Army. History of Indian Flag

All welfare scheme benefits must be included in Aadhaar base direct benefit transfer facility, detailed report

Rohingya Crisis Minister Puri tweets, MHA migrants will not be kept in India: Rohingyas will not be given EWS flats in Delhi, they will be detained