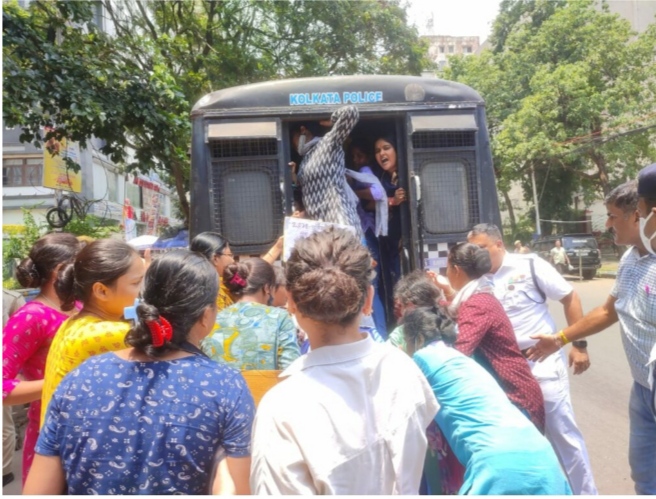 Tet Candidates were untangled by police. The protesters were removed from in front of Abhishek Banerjee’s office by a police prison van.
Since last night, job searchers have been waiting outside Abhishek Banerjee’s office on Cammack Street. They demanded that the Trinamool MP at the very least verbally reassure them. There was a jam all night. The misunderstanding started to worsen on Saturday morning.
The police then arrived in front of Abhishek’s workplace. First and foremost, agitators.

But it served no use. After afterwards, a sizable police presence arrived and dispersed the crowd. In a jail van, the job seekers were driven away.

In this context, Kunal Ghosh questioned, “What harm did Abhishek Banerjee do?” He is unaware of all the difficulties involved in this situation.

He therefore tried to reach a compromise with Education Minister Bratya Bose. But BJP and CPM worked together to increase the number of visitors to Camac Street. They oppose anyone finding employment. They merely want to create a mess, ruin things, and eat.