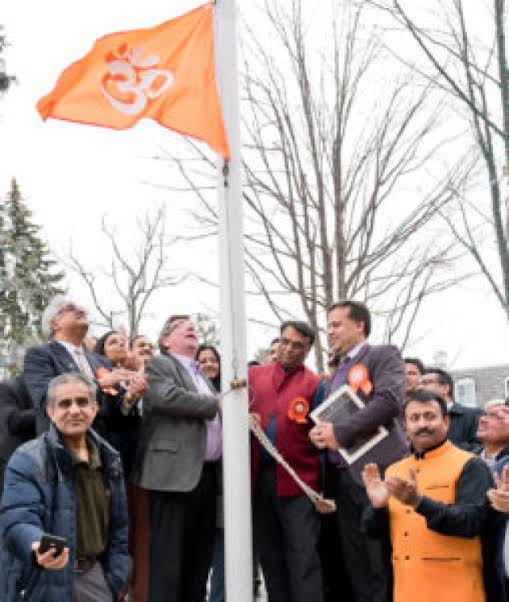 As Hindu culture respects other cultures, it creates the culture and other issues of other cultures. Multicultural country is celebrating for the first time the month of November as National Hindu Heritage Month Canada to recognize the importance and contribution of Hindu community in their prosperity story.

Canada’s ruling Liberal Party MP Chandra Arya, in May this year, chose November as Hindu Heritage Month (HHM). A private member’s motion was therefore proposed and subsequently passed on 29 September in the House of Commons

Arya wrote on November 1, ‘Today I mark Canada’s National Hindu Heritage Month by raising a flag bearing the sacred Hindu symbol Om on Parliament Hill, HHM provides an opportunity to recognize the contribution of the 830,000 Hindu-Canadians in our country and the contribution of Hindu heritage to mankind.’ — Chandra Arya (@AryaCanada) November 1, 2022

The purpose of Heritage Month is to celebrate and acknowledge the vast and significant contributions of the Hindu community in the country in various fields including science, education and medicine, politics, law, business, culture and sports.

Arya called the passing of the previous resolution a ‘historic’ day and it was a ‘Canadian recognition of the contribution of Hindu heritage to humanity and the country’.

On this historic day, Oakville MP and National Defense Minister Anita Anand also tweeted, ‘This November marks the first federally recognized Hindu Heritage Month. The more than 830,000 Hindus living in Canada who have contributed immensely to the fabric of our country. I wish you all a very happy Hindu Heritage Month.”

Ahmed Hussain, Minister of Housing and Diversity and Inclusion, said in his statement, ‘The outstanding contribution’ of the Hindu community is, ‘This is a momentous moment to acknowledge… the community’s positive impact on all aspects of our society.

‘Canadians of Hindu heritage are at the forefront of our continued growth and development.’ Bill 56 recognized the month of November as Hindu Heritage Month in the province of Ontario, Canada.

The history of Hindu immigration to Canada is over 100 years old. They now make up about 830,000 of Canada’s total population.