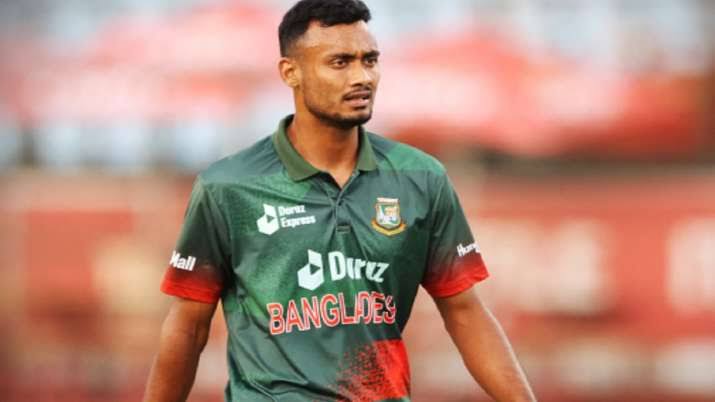 Dubai, July 14: Bangladesh pacer Shahidul Islam has been banned from all cricket-related activities for 10 months after being found guilty of violating Section 2.1 of the ICC Anti-Doping Code.

Shahidul visited the ICC’s out-of-competition testing program in Dhaka on March 4, 2022 and provided his urine sample, which contained clomiphene. Clomiphene is listed as a specified substance under WADA’s Prohibited List and is prohibited for both in-competition and out-of-competition. While handing down the suspension, the ICC confirmed that Shahidul had inadvertently taken the banned substance.

“In reaching its decision, the ICC accepted that Shahidul, without showing any substantial fault or negligence, had inadvertently taken a banned substance that was available to him in a medicine legally prescribed for therapeutic reasons,” the ICC said in a statement.

“Shahidul has satisfied the ICC that he had no intention of enhancing his sporting performance by using banned substances,” . The 27-year-old fast bowler admitted the breach and accepted a 10-month ban. The suspension was notified on May 28, 2022, the date of his voluntary acceptance of the provisional suspension.

So he will be nominated to return to cricket on March 28, 2023. Shahidul played one T20I for Bangladesh where he took the wicket of Mohammad Rizwan in the third and final match of the series which Pakistan won 3–0. He was part of the visiting Bangladesh team during the series against New Zealand and South Africa but did not get a chance to play. He was also a player in the Bangladesh Test and T20 squad for the ongoing tour of the West Indies but was ruled out due to a side strain.