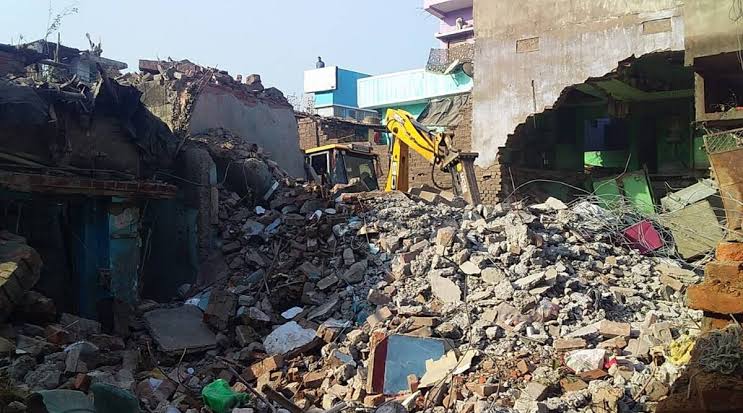 Bihar Blast: Massive blast in Chapra district of Bihar. At least 6 people were killed and several injured in a building explosion, the toll is likely to rise.

It is reported that the blast took place in a house where crackers were made.

“Six people died in a house collapse in Chhapra. Fire brigade has started work to rescue people trapped under the rubble. We are investigating the cause of the blast. Forensic team and bomb disposal team have also arrived,” said Santosh Kumar, Saran SP.

An explosion took place at the house of Riaz Mian in Khodaibagh village under Khaira police station, where a large quantity of firecrackers was stored.

Riyaz Mia is a betting trader who allegedly ran an illegal betting business during the marriage.

The intensity of the explosion was such that his house was reduced to a complete rubble and more than six neighboring houses suffered cracks. Police and firemen recovered the bodies of three people, including a woman and a child, from the rubble, whose identities have yet to be released.

Local police said five more people were trapped in the rubble, which could raise the death toll.

The injured have been admitted to Chhapra Sadar Hospital where their condition is said to be critical.