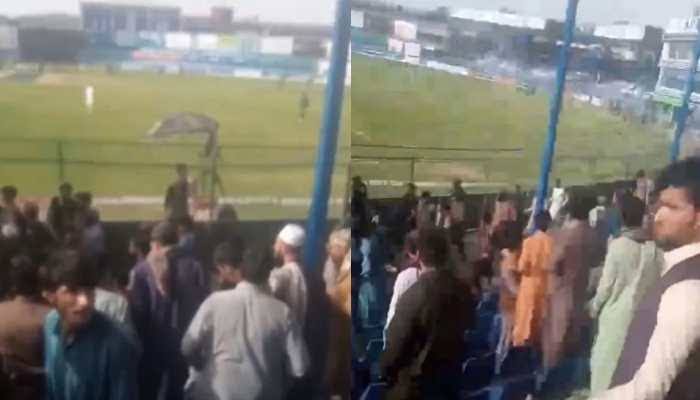 All the players have been brought inside a bunker for safety after a suicide blast occurred during the Shopeja Cricket League T20 at the Kabul International Cricket Stadium in Afghanistan.

The blast occurred during a match between Band-e-Amir Dragons and Pamir Zalmi. United Nations officials were present at the stadium during the attack.

The Shopeja Cricket League, an IPL-style professional T20 league, was established by the Afghanistan Cricket Board in 2013.

Bahujan has been hit by a series of bombings by the Islamic State (IS) group, which opposes Afghanistan’s Taliban regime.

In June, several explosions rocked Gurdwara Karte Parwan in the Bagh-i Bala neighborhood of Kabul. The Islamic State claimed responsibility for the horrific terrorist attack on the Gurdwara. Two people, including a member of the Sikh community, were killed in the blast.

The blast came two days after an explosion near the gate of Gurdwara Karte Parwan in Kabul. No loss of life was reported in this incident

In May, the deadliest attack of the year, four consecutive explosions rocked Kabul and the northern city of Mazar-i-Sharif, killing 14 and injuring 32.

Five worshipers were killed and 17 injured in an explosion at a mosque during evening prayers in Kabul. According to Xinhua news agency, the blast occurred during prayers at the Hazrat-e-Zakaria mosque.

The Kabul blast came about an hour after three consecutive blasts on three buses at Mazar-i-Sharif, killing nine and injuring 15.