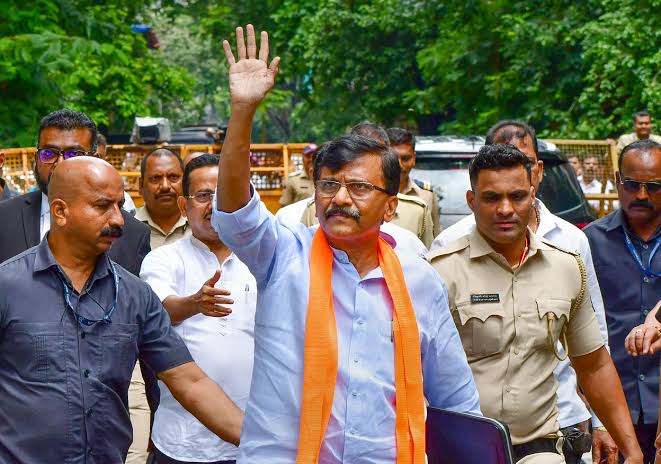 Mumbai: ED raided Shiv Sena MP Sanjay Raut’s house today. Following this raid by ED, Sanjay Raut has been detained after questioning since this morning. Meanwhile, in this raid, the ED has reportedly seized cash worth Rs 11.5 lakh recovered from Raut’s house.

Sanjay Raut is currently being questioned in the ED office. Also, information is being sought from Sanjay Raut about the source of this amount of wealth. Regarding the amount seized from his residence, Sanjay Raut stated that the cash was withdrawn from his account for other purposes. This amount has been confiscated to verify its authenticity. But if the investigation reveals that the money was withdrawn from their bank account, the money will be returned to them. Otherwise they will be questioned about this amount of money.

When Raut was arrested by the ED, his reaction to the media was that people were being beaten up and falsely framed. All efforts are being made to weaken Maharashtra, Shiv Sena is trying to harass Shiv Sena, to weaken Maharashtra, this cycle of oppression and terror is going on. I am a true Shiv Sainik of Balasaheb Thackeray. Raut says I will fight, fight.