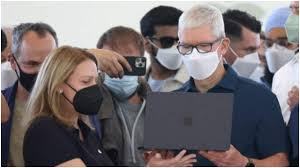 Early studies of a medicine to treat rectal cancer Drugs resulted in remission in every participant, which is a remarkable success. The trial was tiny, with only 12 patients, but the findings have left both patients and doctors speechless.

The drug dostarlimab was administered to patients in the study, which took place in the United States, for six months. The participants’ scans came back completely clear after the time restriction had elapsed, with no indication of cancer. On Sunday, the study was published in the New England Journal of Medicine (June 6). The research was supported by GlaxoSmithKline, a pharmaceutical corporation.

Cancer patients are often subjected to difficult treatments such as surgery, chemotherapy, and radiation. Colonostomy bags may be required in some cases of rectal cancer. In certain people, long-term issues such as bowel, urinary, and erectile dysfunction can develop.

Meanwhile, the most recent trial appears to be a boon to anyone seeking treatment. “There were a lot of happy tears,” said Dr. Andrea Cercek, a co-author of the study, to the New York Times.

This Indian Company creates an RT-PCR kit to test for monkeypox virus.

WHO to hold emergency meeting on monkeypox virus Spread 114 countries. Details are Here

Cercek works at the Memorial Sloan Kettering Cancer Center as an oncologist. “It’s really rewarding…to have these happy tears and happy emails from patients in our research who finish therapy and realise, ‘Oh my God, I get to keep all of my normal body functions that I was scared I’d lose to radiation or surgery,'” Cercek said in a hospital press statement.

“I believe this is the first time this has happened in the history of cancer,” said Dr. Luis A. Diaz Jr. of Memorial Sloan Kettering Cancer Center to The New York Times. One of the study’s authors is Dr. Diaz.

The patients took the medicine every three weeks for six months during the experiment, according to the results. If the tumors resurfaced, regular chemoradiotherapy and surgery were planned. They didn’t, however.

The patients were all at the same stage of cancer, which was notable.