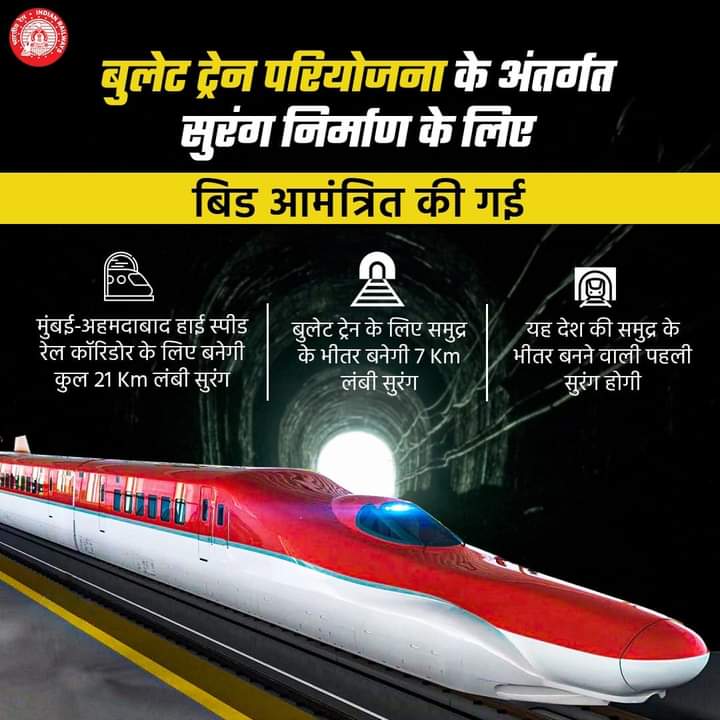 National High Speed ​​Railway Corporation Limited (NHSRCL) has issued tender bids for the Mumbai-Ahmedabad High Speed ​​Rail Corridor. 21-km-long tunnel of which seven kilometers will be under the sea.

As work on the corridor has accelerated with the change of government in Maharashtra, earlier tenders, which were earlier floated and withdrawn, have begun the renewal process, sources said.

In the project, the Bandra-Kurla complex will have an underground station and tunnel in the middle of Shilphata in Thane district of Maharashtra.

Tunnel boring machines and advanced technology New Austrian Tunneling Method (NATM) will be used for construction of the tunnel.

Ban on broken rice after India’s export wheat, what will be the impact on Business

In 2019, NHSRCL invited tenders for the project but did not attract any bidders. Again the tendering process started in November 2021.

Land acquisition has been a key issue in projects in Maharashtra, including the Bandra-Kurla complex of the Mumbai-Ahmedabad bullet train project, which is now in progress.