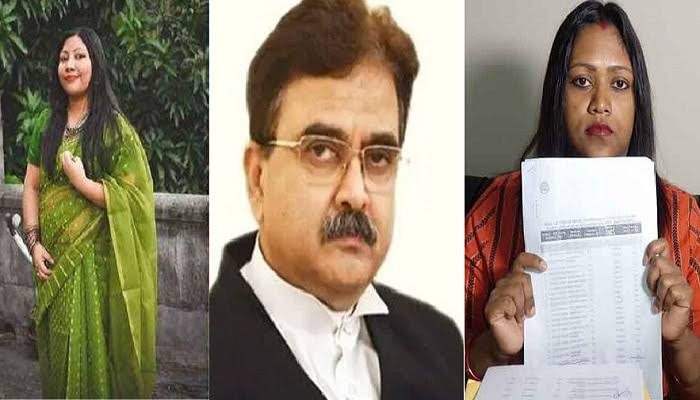 Calcutta High Court Judge Abhijit Gangopadhyay is upset with the letter of a group of lawyers against him. His comments on Monday, “Is action against me being taken because of bringing corruption to the fore?

The letter given to the Chief Justice does not mention all! Only a few points have been highlighted.” Besides, he also responded to some of the comments made by Bar Association President Arunabh Ghosh that day.

Incidentally, last week, a group of High Court lawyers wrote a letter to the Chief Justice of the High Court, Prakash Srivastava (12newsworld has not verified the authenticity of the letter). Complaints have been raised against Justice Gangopadhyay.

In reference to that letter, the judge’s comment after seeing Bar Association Secretary Vishwabrat Basumallik on Monday, “Are you busy with me? Several lawyers have written to the Chief Justice against me. I was surprised! The letter says I am working against a certain party. But no one wrote in that letter how many corrupt people are in jail, arrested for me.

Incidentally, a few days ago Arunabh made controversial and controversial comments while standing in the courtroom of Justice Gangopadhyay. Arunabh and Justice had a dispute over this.

However, after the heated exchange, Arunabh was heard saying to the judge, “You are an honest person.” In view of that incident, on Monday several lawyers, including Arunabh, approached the Chief Justice seeking transfer of the case to a ‘bench’ without naming Justice Gangopadhyay. . Although the Chief Justice will consider this