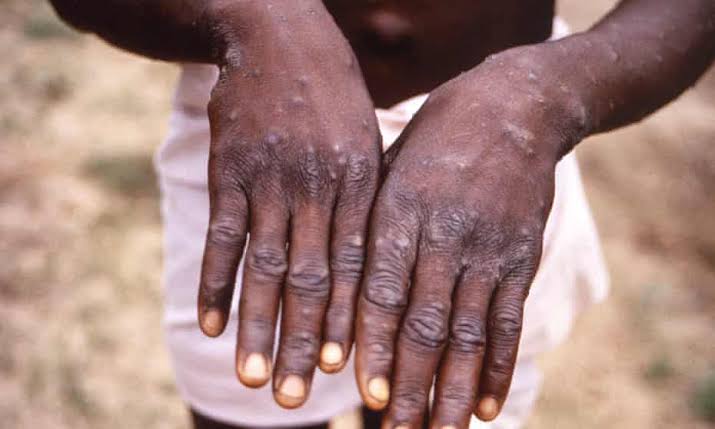 More than 100 confirmed or probable illnesses have been reported in over 20 countries where monkeypox is not endemic, primarily in Europe.Antiviral Medication may help in to reduce symptoms

The outbreaks are concerning since monkeypox, which is spread by close contact and was initially discovered in monkeys, is usually found in west and central Africa and only rarely spreads elsewhere.

The World Health Organization has stated that the monkeypox outbreak outside of Africa may be managed, as additional governments have announced limited vaccination campaigns to combat the virus’s spread.

ANTIVIRAL MEDICATIONS MAY BE OF USE.

According to a study of seven patients diagnosed with the rare viral disease in the UK between 2018 and 2021, some antiviral drugs may have the potential to shorten symptoms and lessen the period of time a patient is contagious.

The cases examined in the study, which was published in The Lancet Infectious Diseases journal on Tuesday, are the first documented occurrences of in-hospital and domestic transmission outside of Africa.

The study also looked at how patients responded to the first off-label use of two antiviral drugs to treat the disease: brincidofovir and tecovirimat.

The study revealed no evidence of brincidofovir’s therapeutic benefit, although it did indicate that more research into the potential of tecovirimat is necessary.

The monkeypox virus was also found in blood and throat swabs, according to the researchers.

Data from the study could help inform global efforts to better understand the clinical aspects of the disease as well as transmission patterns, they said, because the best infection control and treatment options for this disease have yet to be determined.

“As public health officials try to figure out what’s causing the May 2022 monkeypox outbreaks in Europe and North America — which have affected several patients who haven’t travelled or been linked to a previous case — our research provides some of the first insights into the use of antivirals for monkeypox treatment in humans,” said Hugh Adler of Liverpool University Hospitals NHS Foundation Trust in the United Kingdom.

What is the monkeypox outbreak that is causing global concern?

“Although this recent outbreak has impacted more individuals than we have previously experienced in the UK, monkeypox has historically not passed very well between people, and the risk to public health is low,” said Adler, the paper’s primary author.

With international travel returning to pre-pandemic levels, public health officials and healthcare professionals around the world must remain cautious for new instances of monkeypox, according to Nick Price, senior author on the research from Guy’s & St Thomas’ NHS Foundation Trust.

Four of the seven UK monkeypox cases studied were imported from West Africa, with three more cases emerging as a result of human-to-human transmission within the case clusters.

The UK Health Security Agency has categorised monkeypox, a close related of the smallpox virus, as a High Consequence Infectious Disease (HCID).

Monkeypox has no approved therapies, and there is little information on how long it is contagious, with an incubation period varying from five to 21 days.

To explain the duration and clinical aspects of monkeypox in a high-income setting, the researchers looked at clinical data as well as laboratory results from blood tests and nose-and-throat swabs. Patients’ responses to antiviral drugs created to treat smallpox, brincidofovir and tecovirimat, which had previously shown some efficacy against monkeypox in animals, were also reported.

Will monkeypox produce a pandemic similar to Covid?

Four patients were observed in the hospital during 2018 and 2019 study were treated for monkeypox in HCID units in England. These three patients were brought in from West Africa.

The fourth incidence occurred 18 days after initial exposure to the virus and was the first instance of monkeypox transmission outside of Africa in a hospital setting.

The first three patients were given brincidofovir seven days after the rash first appeared.

The study discovered that brincidofovir had no convincing therapeutic effect in treating monkeypox, and that it caused changes in liver blood tests.

It’s unclear whether giving brincidofovir earlier in the disease or on a different dose schedule would have resulted in different clinical results, according to the researchers.

Despite this, all three patients, as well as the fourth hospital transmission case, recovered completely, according to the doctors.

In 2021, a family travelling from Nigeria reported three more cases of monkeypox in the UK, with two of these cases being the first examples of household transmission outside of Africa.

According to the researchers, one of the 2021 UK patients who received tecovirimat had a shorter duration of symptoms and lower respiratory tract virus shedding than the other instances in this cluster.

However, they point out that generalisations about antiviral effectiveness against monkeypox can’t be formed from such a tiny sample size, urging more study into antivirals to treat this neglected tropical illness.

“Patients were considered contagious during earlier outbreaks of monkeypox until all lesions crusted over,” said Catherine Houlihan of the UK Health Security Agency and University College London, one of the paper’s co-authors.

Experts say monkeypox was likely spread by sex at two raves in Europe.

“Following infection, virus shedding was seen for at least three weeks in these seven UK instances. However, there is a lack of data on infectivity, which is an essential subject for future research “Houlihan stated.

The authors admit that this study has some limitations, including its observational character and small sample size of cases analysed.

They were also unable to corroborate positive monkeypox PCR test results with virus samples from laboratories, implying that continuous infectious virus shedding could not be confirmed.

The image used in this post is for news only. This article is about healthcare about monkeypox. Not intended to spread any violence or hatred. According to Fair usegaes policy Image used for Criticism, News Report.

In the midst of the COVID-19 outbreak North Korea reports another infectious disease outbreak.

Rohingya Crisis Minister Puri tweets, MHA migrants will not be kept in India: Rohingyas will not be given EWS flats in Delhi, they will be detained