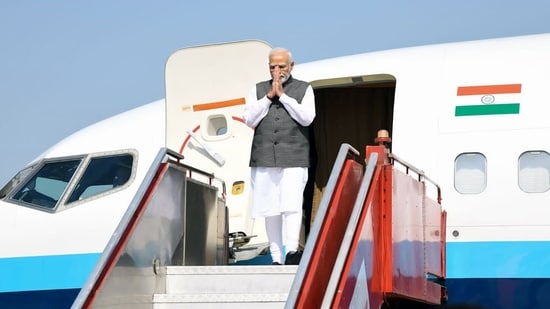 Addressing the crowd at the event, Prime Minister Modi said transport aircraft C-295 would only strengthen the military and “develop a new ecosystem of aircraft manufacturing”. Made in India tag, initiative to build a passenger plane in India soon, PM says.

“Today, India is unique among the fastest developing aviation sectors. We will soon enter the list of top 3 countries for aviation. In 10-15 years, India will need more than 2,000 passenger aircraft in terms of cargo aircraft. This reflects how fast we will develop,” He made a statement.

Airbus Chief Commercial Officer Christian Scherer said, the dream of ‘self-reliant India’ will be fulfilled by the aircraft. The Airbus CCO said that the aerospace company will deliver more than 1 aircraft per week to India for the next 10 years.

“We accept with humility and sense of responsibility, the trust and confidence that the Government of India has united in Airbus, we will deliver an aircraft delivery system that will strengthen the IAF and serve the Prime Minister’s vision of a ‘self-reliant India’,” news agency ANI said. Who said

“The C-295 aircraft is a direct product of Prime Minister Modi‘s visionary ‘Make in India’ policy, a policy that has encouraged my company, Airbus, to rethink the way we do business in India,” he said.

Union Defense Minister Rajnath Singh welcomed the launch of the project as a milestone. , “today laid the foundation stone of an aircraft manufacturing facility by the private sector for the first time in the country. It is the pride of the defense sector as well as the entire country. Not just a foundation stone, but a milestone in the journey of ‘self-reliance’ of the defense sector.”

The C-295 aircraft, manufactured at the Vadodara facility with global standards, is highly capable, he said. The minister also said that the aircraft enhances the logistics capability of the Indian Air Force

The overall cost of the project is Rs 21,935 crore. Under the project, Tata and Airbus will assist in the delivery of 56 C-295 MW transport aircraft due to the Indian Air Force.