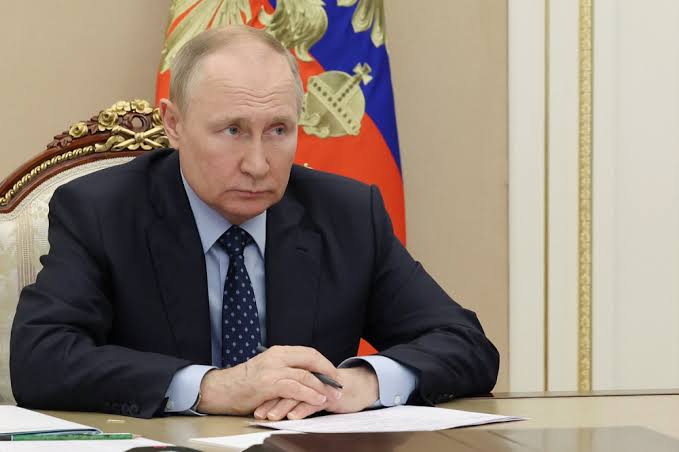 Amid the current war with Ukraine in Eastern Europe, Russian President Vladimir Putin signed a decree finalizing and approving an updated naval doctrine on Sunday – marking the country’s Navy Day.

The new naval doctrine called the US quest for global maritime supremacy and the expansion of the North Atlantic Treaty Organization (NATO) circle a “major threat” to Russia’s national maritime security.

The document also paid particular attention to the influence of the United States on the North Atlantic Treaty Organization and Russia’s maritime rights, threat perception, and measures aimed at countering these threats.

According to the doctrine, Russia’s modernization is significant, the background of new security risks and challenges is particularly significant, mostly generated from Russia’s geopolitical position and role in global affairs. “Russia’s way of determining independent foreign and domestic policies comes from resistance from the United States and its allies, who are eager to establish their global hegemony, including the world’s oceans.

Russia is offered a policy of informational pressure, including political, economic, military, in order to contain them,” it noted, Sputnik said.

These include limiting Russia’s access to the US and its allies’ maritime resources and important maritime trade routes, and territorial claims against Moscow by various states linked to some of the country’s islands and coastal areas.

Updated naval doctrine, the deployment of NATO military installations near Russia’s borders, and an increase in the alliance’s readiness frequency in nearby maritime areas are also believed to pose serious risks to the country’s maritime space.

Furthermore, the threat of the COVID-19 pandemic in the document, the lack of a proper network of Russian naval support bases outside the country, and climate issues are also a factor.

“We have clearly identified the borders and territories of Russia’s national interests – economic, vital and strategic,” President Putin said at the signing ceremony held at the Peter and Paul Fortress in St. Petersburg.

He also noted that the Navy has been tasked with responding swiftly to anyone attempting to violate Russia’s independence and sovereignty.