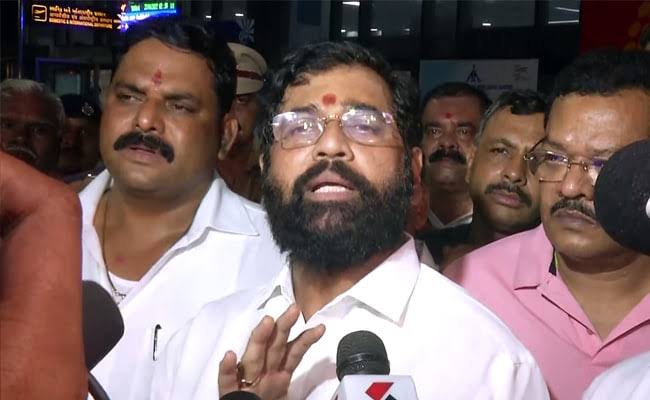 As the crisis deepened, several Shiv Sena activists took to the streets against party rebels across Maharashtra and Delhi on Sunday, according to political reports in Maharashtra. In the battle for control of the army between Uddhav Thackeray and rebel leader Eknath Shinde, the demands-counter-demands continued throughout the day.

Meanwhile, Shinde Shibir sought refuge in the Supreme Court. Two petitions have been filed with the notice of disqualification issued by the Deputy Speaker challenging the appointment of Ajay Chowdhury as the leader of the assembly party.

SC may hear their appeal today against Shiv Sena and rebel MLAs.

Meanwhile, Maharashtra Governor Bhagat Singh Koshiari has written to Union Home Secretary Ajay Kumar Bhalla to ensure that the central security forces have adequate arrangements and are ready if needed.

Shiv Sena rebel MLA Uday Samanta, who joined the Shinde camp yesterday, will give a speech on Facebook Live at 11 am.

According to reports of current political unrest in Maharashtra, Shinde Shibir may approach Governor after SC directive

The SC is scheduled to hear the petition filed by Shinde Shibir against the disqualification notice to 16 MLAs. According to sources, Shinde Shibir will go to the governor following the instructions of the SC.

Sena vs Sena floor test to determine who has the power; We are ready: Sanjay Raut

Shiv Sena MP Sanjay Raut said, “The floor test will decide who has the right to power. We are ready. Shinde and Shibir have contacted many camps but Shiv Sainiks will have power on the streets.”

We all know who died for Hindutva: Sanjay Raut hit back at rebel MLAs

Army MP Sanjay Raut has attacked army rebels who said they would die under Balasaheb Thackeray’s Hindutva ideology. He said: “We all know who has gone and who has died for Hindutva.”

Rebel Shiv Sena MLA Eknath Shinde has spoken to MNS chief Raj Thackeray twice on the phone. Shinde spoke to Thackeray about the recent political situation in Maharashtra and inquired about his health, an MNS leader said.

Shiv Sena rebel leader Eknath Shinde’s supporters are expected to gather at the Maharashtra police station at 10 am ahead of the Supreme Court hearing on a petition filed by Shinde Shibir against the rebel MLAs for disqualification notice.