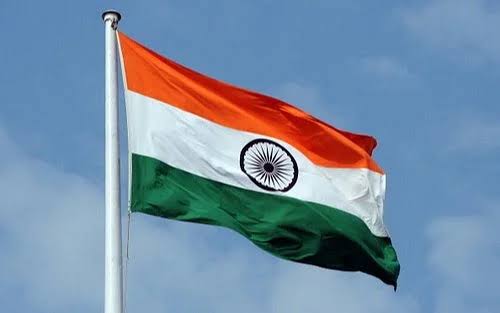 Highlighting the special relevance of July 22 in the history of India’s national flag, Prime Minister Narendra Modi shared some interesting nuggets with the countrymen through the Centre’s ‘Har Ghar Tiranga’ campaign.

Prime Minister Modi said that on this day in 1947, the tricolor was adopted as the national flag of India. He quoted Pandit Jawaharlal Nehru as saying the unveiled tricolor and the details of the committee associated with the first tricolor. Prime Minister Modi also urged citizens to join the ‘Har Ghar Tiranga’ campaign.

In another tweet, PM Modi recounted the history of struggle against colonial rule and assured them of fulfilling their dreams. He asked the country to recall the memorable courage and efforts of all those who dreamed of a flag for independent India. The Prime Minister also posted an official report of the Constituent Assembly dated July 22, 1997, detailing how the National Flag of India was adopted.

Prime Minister Modi asked citizens to hoist the tricolor at their homes between August 13 and 15 to strengthen the “Har Ghar Tiranga” movement. He said that this movement will deepen the connection with our national flag.

As India marks the 75th anniversary of India’s independence, the central government is all set to commemorate with a nationwide “Har Ghar Tiranga” campaign, hoisting the national flag for three days in more than 20 crore homes in August.

History of the flag

Sister Nivedita, an Irish disciple of Swami Vivekananda, is said to have designed an Indian flag in 1904, which is believed to be India’s first national flag. The flag’s colors were yellow and red and had a thunderbolt (thunderbolt) and a white lotus symbol on it. It was written in Bengali ‘Bande Mataram’.

Another flag was designed in 1906 indicated by three colors – blue, yellow and red, which had two symbols, the sun and the star. This flag also had ‘Vande Mataram’ written on it.

Another version of the same flag appeared that year in orange, yellow and green. This flag was known as ‘Kamal Flag’ or ‘Calcutta Flag’.

In 1907, Madame Cama and her group of exiled revolutionaries hoisted the Indian flag in Germany. Dr. Annie Besant and Lokmanya Tilak designed another flag in 1917 as part of the Home Rule movement.

The Indian national flag was originally designed by Indian freedom fighter Pingali Venkaiah. Venkaiah is said to have first met Mahatma Gandhi in South Africa during the Second Anglo-Boer War (1899–1902). He was then a soldier in the British Indian Army.

Venkaiah researched the design of the flag for many years and even published a book in 1916 with possible designs.

What does the color of the flag mean?

The saffron color of the flag symbolizes strength and courage, while the white with the Dharma Chakra signifies peace and truth. Green symbolizes fertility, growth and auspiciousness.

On 26 January 2002, the government amended the Indian Flag Code, allowing citizens of India to hoist it in their homes, offices and factories on any day.

Draupadi Murmu was elected as the 15th President of Great India.

From July 22, all government and government institutions, educational institutions, commercial institutions, NGOs, restaurants, shopping complexes, toll plazas, administrative institutions and other places of the country will be painted in the colors of the national flag. As part of the programme, the Tricolor will be hoisted at home from August 13 to 15 by public participation and public and private institutions will also participate, an official statement said.

More than 100 crore people dedicated themselves to the service of Mother India. It will be widely cited to instill a new sense of patriotism among people, it added.