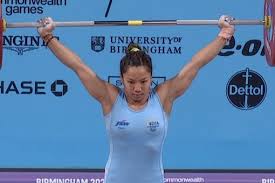 The first gold came home to India! Mirabai Chanu (Mirabai Chanu). Imphal’s daughter Meerabai brought India its first gold medal in the ongoing Commonwealth Games on Saturday. India’s weightlifting victory in Birmingham on this day. Today started with Sanket Sargar’s silver, followed by Gururaja Poojary’s bronze. This time the gold medal belongs to Meera. Meera won gold in the 48 kg category organized in Gold Coast in 2018 in Commonwealth. Four years later, he again created history by winning gold at the Commonwealth Games. This time in a better way in the 49 kg category. From the beginning of the day Meera was in a great form. Explained that the medal of excellence will be in his possession. And that happened. Meera brought a smile to the countrymen by winning gold.