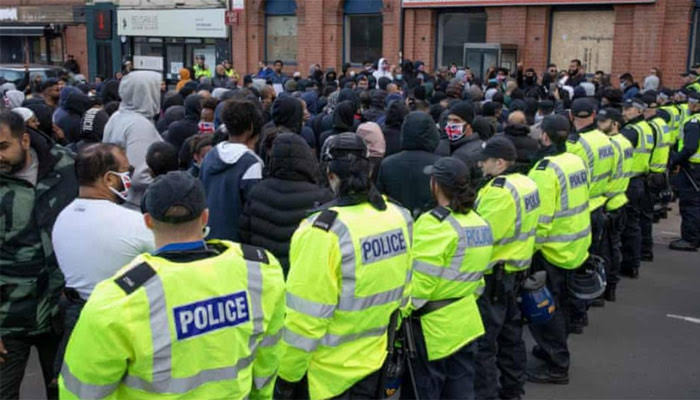 At least 180 Hindu organizations and British Indian groups wrote to UK Prime Minister Liz Truss. They claim that members of the Hindu community are “living in fear” following communal clashes in Leicester and Birmingham and they demand security for the community. In UK, they don’t want any mess before Diwali.

“Hate and hostility towards the Hindu community is at an all-time high, with incidents of overt violence, intimidation and abuse of Hindus occurring regularly along with physical attacks, harassment on social media, and more recently through soft targeting in schools.

Biggest diamond Kohinoor is coming back !!! The Indian Ministry of External Affairs indicated

Clashes broke out between Muslim and Hindu communities in Leicester last month, sparking tensions surrounding a cricket match. However, British media reported that more than 50 people were arrested and several accused were identified.

They stress security in both the short-term and long-term, including in the letter to strengthen security ahead of Diwali celebrations across the UK later this month.

“The causes of the Leicester incident are many and complex, but the bottom line is that a marginalized Hindu community has been targeted with violence and intimidation,” read the letter.

Examples include violence in Leicester, protests outside a temple in Birmingham and outside Sanatan Temple in Nottingham and at Wembley.
A similar incident was mentioned in the letter where some Hindu families have already left the area.

The signatories sought financial aid for those affected by the riots, including businesses in Leicester that were vandalized, and demanded an independent inquiry into “anti-Hindu hatred” and its causes. For the UK government to “recognize the threat” of British homegrown extremism and how parts of Britain have become hotbeds of extremism.

It is claimed that fundamentalist groups have a hand in spreading unrest. “It is noteworthy that a small, but highly organized band of radical Islamists is the sole beneficiary of the communal tension between this marginalized Hindu community and their Muslim neighbours, who previously lived peacefully,” the letter noted.