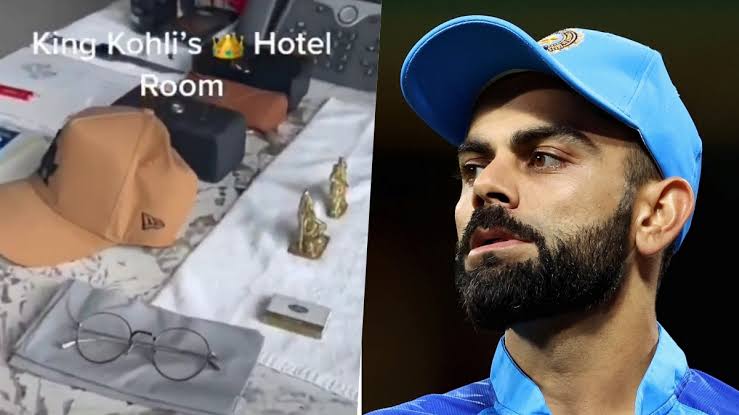 virat kohli news: Indian cricket team’s star batsman Virat Kohli breached his privacy at the hotel during T20 World Cup in Australia. His excellent batting ravaged Pakistan in the ongoing India Pakistan T20 match. But amid all this, Virat shared a video on his official Instagram that happened on Monday. This video is of a Virat fan who went to his house and shot a vlog in Kohli’s absence.

Virat Kohli also expressed his anger by sharing this video on social media. she wrote in her Instagram post. No one’s privacy should be violated even if fans are curious. Bollywood actresses Parineeti Chopra, Varun Dhawan commented on his post and expressed outrage over the issue. Along with this, Varun Dhawan also commented on this behavior in the video.

Virat vented his anger in his Insta post, “I understand that fans are very happy and curious about their favorite players. I respect that appreciation. But the video that has surfaced has made me concerned about my privacy. If I have my privacy Can’t keep it. Where else would I have my personal space except in my hotel room. I feel uncomfortable with such bigotry.
Virat says this is violation of my privacy. Please respect and honor someone’s privacy. Don’t take it as your source of entertainment.”