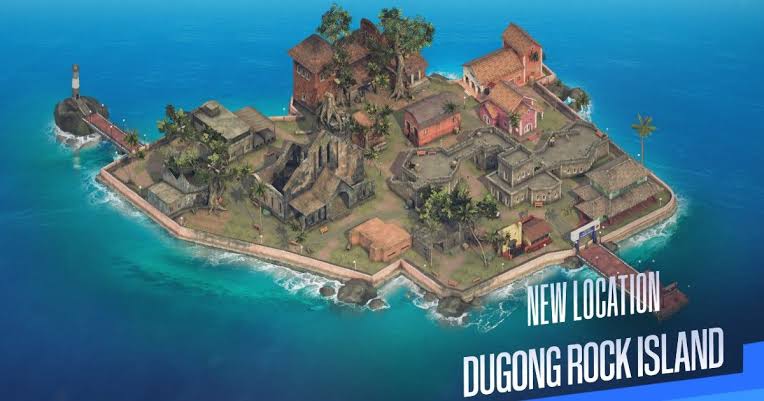 Dugong Rock, a new map for FAUG, has been revealed by nCore Games.
Dugong Rock will be included in a future update for FAUG, although no exact date has been set.
In the following upgrades, the game will receive even more material.
nCore Games, the creators of FAUG, have released a new map for the game.

For several weeks, the developer has teased the new Dugong Rock map, and it has finally been released.

a video that gives you a close look at the map The game was a huge hit right first, with 5 million downloads in just 24 hours on the Google Play Store. FAUG, on the other hand, appears to have swiftly lost its player base due to its poor gameplay experience and lack of content when compared to more established mobile shooters

Viswanathan Anand has been named as a candidate for the position of FIDE president..

Ben Stokes scores a century on 64 balls, setting a new County record for the most sixes in a single inning

We FAUGs are in the midst of a tidal wave of movement! Join the conflict in a fresh map and change the battle’s outcome!

Developer nCore Games has provided a first peek at Dugong Rock, a new area for FAUG. The map is divided into numerous sections, each with buildings and an underground area that might provide several paths for close-quarters combat. The game’s only multiplayer mode is Team Deathmatch, thus it’ll almost certainly be included in that playlist.

FAUG has only incorporated TDM mode and certain versions of it since its introduction in 2021.Aside from this, the developer stated a battle royale mode would be released soon, but it has yet to arrive. Despite this, the game has gotten a number of updates, including additional operators, maps, and other features.

FAUG is up against new games like Apex Legends Mobile and existing mobile battle royale titles like BGMI, Free Fire Max, and COD Mobile in the mobile shooter landscape right now. Although the developer intended for FAUG to stand out from the competition by including a separate story mode, the mode lacked any shooter aspects and the fighting seemed barebones.

Even with the addition of the TDM multiplayer mode featuring firearms, the game was unable to gain a competitive advantage over its rivals. It’ll be interesting to see if the new Dugong Rock map, as well as future improvements, can attract more players to the game.