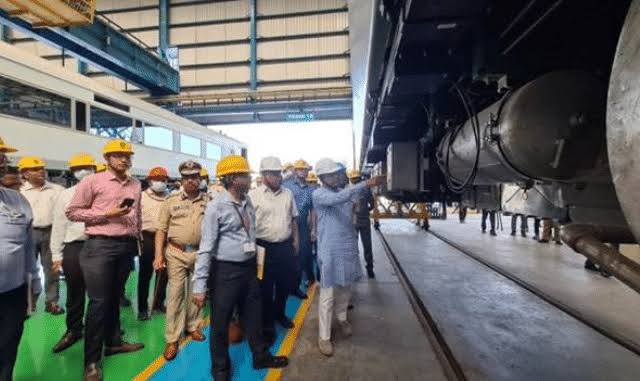 Vaishnaw said that for the first time, Railways is opening the facility for private companies to set up rail wheel plants. This ‘Make in India’ plant will produce wheels for high-speed trains and passenger coaches. 80,000 wheels worth Rs 600 crore will be assured purchase from this factory every year.

He said, this is the first time that private companies have been invited to tender for the manufacture of railway wheels. Currently, Indian Railways requires two lakh wheels every year. According to this plan, Steel Authority of India Limited (SAIL) will manufacture one lakh wheels, the remaining wheels will be manufactured at this new ‘Make in India’ plant.

Dog Bite: Those who feed stray dogs will be responsible for vaccination and medical expenses of those they attack, Supreme Court

Vaishnaw said that the tender also mentions the export of railway wheels manufactured at the plant. Currently, the Railways imports wheels from Ukraine, Germany and the Czech Republic and will now export them to the European market. The plant is said to be set up within 18 months. But Russia’s attack on Ukraine has halted wheel purchases and forced railways to look for alternatives.

Railway officials have estimated that in-house manufacturing of railway wheels is expected to save a lot of cost to the railways. Almost because 70,000 rupees have to be paid to import a wheel

“Under this Make in India agreement, high capacity railways will be built within the country,” he said. In May, a Chinese company was awarded a contract worth Rs 170 crore to procure 39,000 wheels from China for Railway Bande Bharat trains.