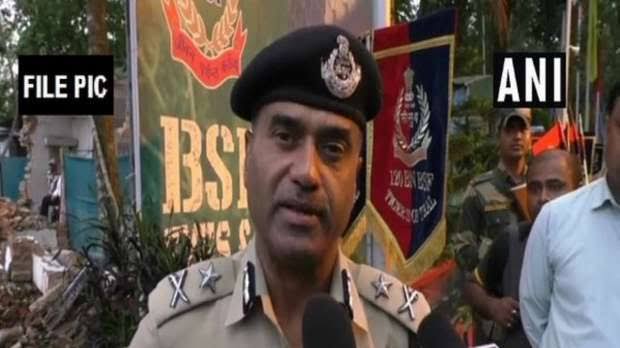 Lohia was found dead at his residence in Jammu late on Monday night, police said.

According to sources, the TRF issued a statement on social media claiming responsibility for the attack.
However, the police are investigating all possible sources of the case.

On the other hand, Director General of Police Dilbagh Singh termed it as “extremely unfortunate” incident and said that the police are on the hunt to nab her housekeeper named Jasir, who is absconding.

Narrating the incident, Singh said the suspect tried to set fire to the body of 57-year-old Lohia, who was promoted as director general of prisons in the union territory in August.

Mukesh Singh, Additional Director General of Police, Jammu Zone, on the outskirts of Jammu, visited the house in Udaiwala, said Lohia, a 1992-batch IPS officer, was found dead with burns on his body and his throat cut.

A preliminary inspection of the crime scene indicated that Lohia must have had some oil found on her leg which marked some swollen areas.

Lohia was strangled and her throat was cut with a broken ketchup bottle and later tried to set the body on fire, the police chief said.

Guards present at the officer’s residence saw the fire in Lohia’s room. As the door was locked from inside, they had to break the lock to enter.

The ADGP said preliminary inspection of the spot indicated murder.

“The maid is absconding. Police are searching for her,” he said, adding that forensic and crime teams are at the spot.

“Investigation process has started,” the officer said, adding that the J&K Police family expressed grief and deep sorrow over the death of their senior officer.
(with inputs from PTI)