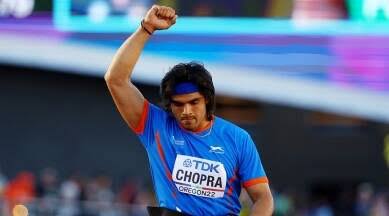 The Indian Olympic Association tweeted, “Our Olympic champion Neeraj Chopra is not participating in the medal fight in Birmingham. He has fitness issues. We wish him a speedy recovery. Our support is with Neeraj at this difficult time.”

After Anju Bobby George, Neeraj became the second Indian to win the country’s second medal at the World Athletics Championships. In 2003, Anjou won bronze in long jump in Paris. After 19 years, Neeraj won the silver by beating Anju and made the country shine on the world stage. At the World Athletics Championships, Grenada’s Anderson Peters became the first to win gold with a javelin throw of 90.54m. Neeraj made the first foul throw in this event. Anderson threw 90.21 meters first. Due to which Neeraj’s competition becomes difficult. In the second chance, Neeraj threw 82.39 meters. The Tokyo Olympics medalist increased the distance in the third chance. Neeraj threw 86.37 meters. As a result, he placed fourth. Neeraj threw the javelin at a distance of 88.13 meters in his fourth throw.

The Commonwealth Games will be held in Birmingham, England from July 28 to August 8. The Indian Olympic Association is sending 322 people to the Commonwealth this year. 215 athletes are in the team. There are 107 officials and support staff. The Tokyo Olympics brought unprecedented success to Indian athletes. After that, the expectations on the athletes are very high. The sports community is looking at the Commonwealth stage as preparation for the 2024 Paris Olympics.