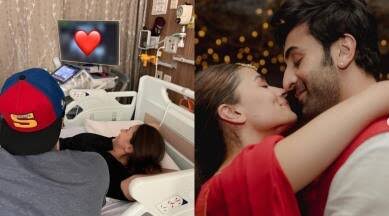 Actress Alia shared the news of her pregnancy on social media on Monday. Sharing a picture of their ultrasound appointment, the actress wrote in the caption of the photo, “Our baby … coming soon.”

According to sources, the actor couple will have parents this November. Priyanka Chopra, Karan Johar, Rakul Preet and many other celebrities have congratulated and wished the new parents.

Alia Bhatt told fans about her pregnancy on Instagram. Ranbir was seen by his side when he shared a picture of his sonography. He wrote, “Our baby .. coming soon (sic).” That picture is now viral on social media.

Alia and Ranbir are going to be parents

Alia Bhatt and Ranbir Kapoor tied the knot on April 14, 2022 at a family function at home in Mumbai.

On the work front, Alia Bhatt and Ranbir Kapoor will later be seen in director Ayon Mukherjee’s Brahmastra. The first part of the film will be released on September 9, 2022 in multiple languages The promotion of the film will start next week