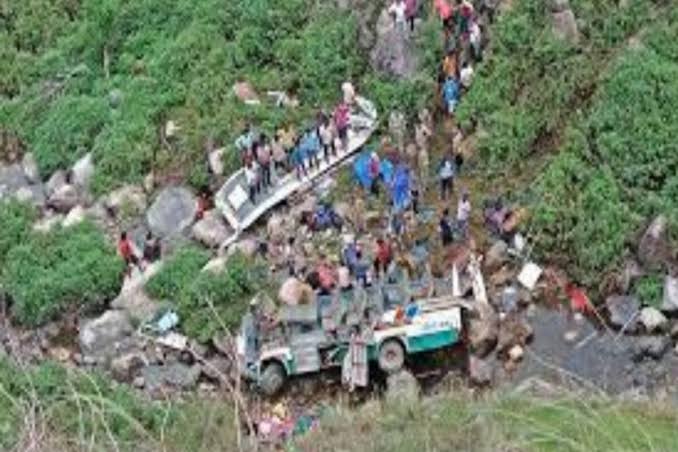 According to the police, about 40-42 people including women and children were sitting.

A bus carrying 45 to 50 wedding passengers fell into a ditch near Simdi village on the night of Tuesday October 4, 2022 in Birokhal area of ​​Dhumakot, Uttarakhand, Pauri Garhwal district. 25 people were killed and more than 20 injured in the incident, Police General Ashok Kumar.

Police and SDRF immediately rescued 21 people and admitted the injured to nearby hospitals, police officers said.

“25 people died in a bus accident in Pauri Garwal area of ​​Birokhal area of ​​Dhumakot last night. Police and SDRF rescued 21 people; The injured have been admitted to a nearby hospital.

Earlier on Tuesday, another bus carrying a group of 45 to 50 wedding guests fell into a ditch near Simdi village in Pauri Garhwal district of Uttarakhand.

“A wedding procession went by bus, Laldhang; An accident occurred. Information was collected from family members. A rescue operation is still underway by the Puri police and SDRF teams at the scene,” said Haridwar SP City Swataran Kumar Singh.

There were about 40-42 people including women and children in the bus. We are in touch with the municipal police and the villagers. 15-16 people have been rescued so far. Rescued and sent to the nearest hospital. No death has been reported so far,” he said.