SHOCKING: Afganistan has Deadliest Earthquake to the city Khost 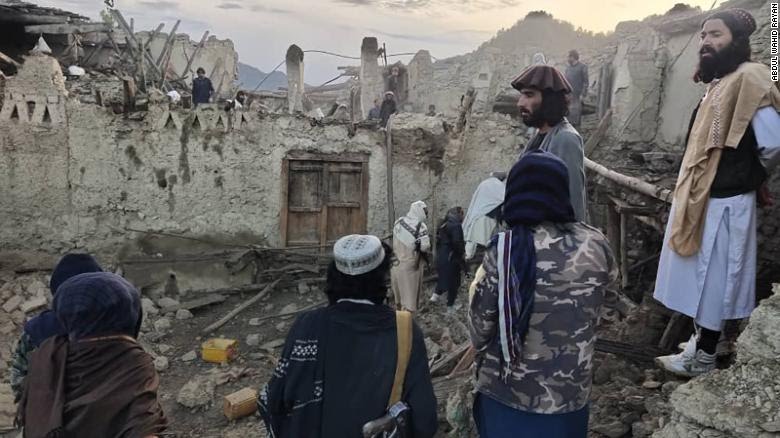 NEW DELHI: On Wednesday, an earthquake in Afghanistan that was the deadliest since 2002 killed at least 950 people close to the city of Khost, according to officials.

According to the US Geological Survey (USGC), the earthquake occurred around 44 km (27 miles) from the city of Khost, close to the Pakistani border. Images posted on Afghan media showed houses in ruins and bodies lying on the ground with blankets over them. The USGS reported that the magnitude was 5.9, but the European-Mediterranean Seismological Centre (EMSC) HAS determined that it was 6.1.

Particularly in the high Hindu Kush region bordering Pakistan, Afghanistan has a long history of earthquakes. The distant sites of numerous earthquakes and decades of war, which have left infrastructure in dangerous condition, have increased death tolls.

Here is a list of earthquakes in Afghanistan during the past three decades that have claimed more than 100 lives:
HINDU KUSH EARTHQUAKE, 1991

848 individuals from Afghanistan, Pakistan, and the Soviet Union were killed by an earthquake in the rough Hindu Kush.

More than 1,500 people were killed and more than 10,000 dwellings were entirely damaged by a magnitude 7.2 earthquake that struck on the border between Afghanistan and Iran.

The earthquake in the distant northern region of Takhar killed at least 2,300 people, with other estimates going as high as 4,000.

1,100 people were killed by twin earthquakes in the Hindu Kush in March 2002.

A magnitude 7.5 earthquake, one of the most powerful in Afghanistan’s history, claimed 399 lives in Afghanistan and its neighbours Pakistan and India.

Power station blast in Sydney has shut down the local airport