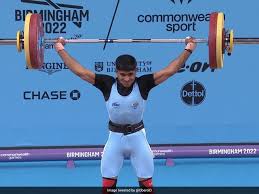 Sargar was in first place in his division after snatching 113 kg. He then decided on 135 kg for his first Clean and Jerk effort. After the snatch event, his closest rival, Malaysian Aniq Kasdan, was six kg behind and had made a first attempt at 140 kilogrammes. On the first day of the Commonwealth Games 2022 in Birmingham, the Indians had a busy day. Star players Kidambi Srikanth and PV Sindhu both defeated Pakistan in straight sets as part of India’s 5-0 demolition of their bitter foes. The Indian women’s hockey team began account with a bang with a 5-0 comprehensive victory over Ghana.

Despite making a valiant effort, the India Women’s Cricket Team was defeated by Australia in a historic cricket match during the Commonwealth Games. The Women in Blue were defeated by 3 wickets.