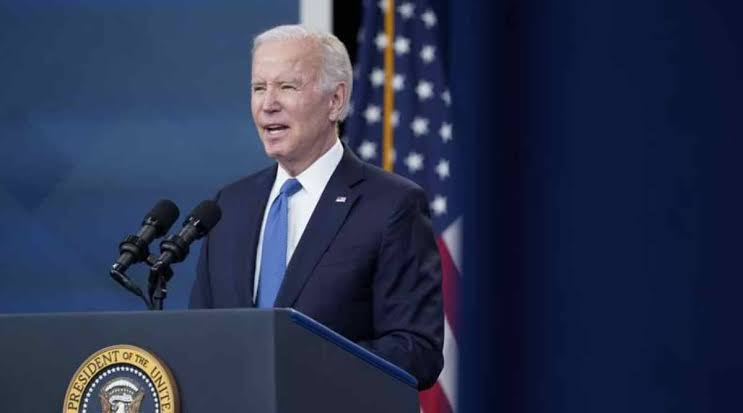 U.S. President Joe Biden has vowed to introduce a bill in Congress with Democrats’ support in the midterm elections(Abortion Rights USA), urging Americans concerned about reproductive rights to vote. Which will launch nationwide abortion rights protections if her party comes to power next month.

Biden said in a speech on Tuesday that he would codify Roe v. Wade into law early next year. A landmark Supreme Court ruling that upheld constitutional rights to abortion could have helped Democrats retain control of the House of Representatives and increase their majority in the Senate. .

“Folks, if we do that, here’s my promise to you and to the American people: The first bill I’ll introduce in Congress is to codify Roe v. Wade. When Congress passes it, I’ll sign it in January,” Biden said in the speech.

Abortion has been a major election issue for Democrats, which has paid off so far. Democratic candidates who have made their campaigns more pro-abortion tend to win primary races.

Voters in the Republican-leaning state of Kansas also rejected a referendum intended to remove abortion protections from its constitution.

Democrats now control both houses of Congress, but the 100-member Senate needs a 60-vote threshold to pass major bills through a legislative process called filibuster.

Biden has previously supported filibuster exemptions to pass legislation protecting abortion rights. Two conservative Democrats objected to the idea of ​​stopping all reproductive rights support that had been approved by the House.

Conservative states have moved to impose restrictions on abortion, including almost total bans, in the wake of Roe’s overturning, arguing that abortion violates the “sanctity of life.”

On Tuesday, Biden could veto any such national abortion ban that reaches his desk.

He also said the only way “extremists” are trying to jeopardize reproductive health care is for Congress to pass a law protecting abortion rights.

“Together, let us all remember,” he said. “We are the United States of America, and nothing is beyond our control. So vote, vote, vote.”