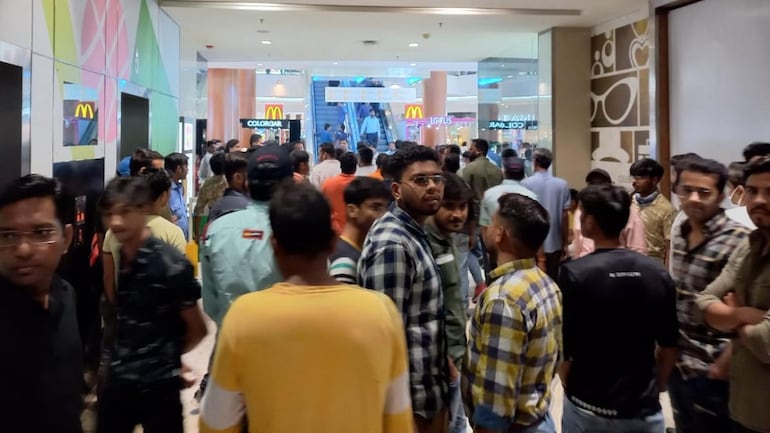 Similar to Uttar Pradesh’s Lulu Mall, controversies arose over congregational prayers at DB Mall in Madhya Pradesh’s capital Bhopal. Bajrang Dal vishva hindu parishad activists created a stir over this. They started singing in the mall as a protest
The prayer debate
In Bhopal, clashes broke out on Saturday when Muslim youths prayed collectively in the basement in front of DB Mall shops. 15 to 20 workers of Bajrang Vishva Hindu Parishad reached the mall on the news of collective prayers.

He made a video of praying together in the mall. After this, Bajrang Dal workers objected to the DB Mall management for offering prayers. Not satisfied with the response of the administration, they started raising slogans. Then, sitting in the mall, Rama started bhajan kirtan. In that case, Bajrang Dal or Vishva Hindu Parishad warned that if prayers are held in malls, we will start chanting Hanuman Chalisa and there will be large-scale protests. At the same time MP Nagar Thana police came to the spot after receiving the information about the incident and settled the matter.

MP Nagar police station TI Sudhir Arzaria said that some Muslim employees of DB Mall organized tarabi namaz. 3.30, 20 to 25 Bajrang Dal workers reach the spot. On receiving the information, the police also went to the spot. After that everyone was sent away. No complaint was received from either side.