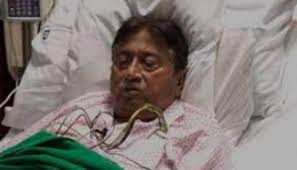 Pervez Musharraf, the former president of Pakistan, is not dead, his family stated on June 10, disputing claims of his death amid a flurry of contradictory pronouncements. Waqt News, a Pakistani news site, had earlier reported Musharraf’s death on Twitter. Since then, the tweet has been removed.

Imran Khan’s information minister, Chaudhry, was once a media spokesperson for Musharraf. He claimed to have spoken with Musharraf’s son, who confirmed his father’s condition. “I just called with General Musharraf’s son Bilal in Dubai, and he confirmed that he (Musharraf) is on a ventilator,” Chaudhry stated.

“General Pervez Musharraf is at home (a little) bit ill though, but fully aware as usual, so don’t listen to bogus news,” said Ifzaal Siddique, President of the All Pakistan Muslim League (APML) Overseas, which was created by Musharraf. “All I ask is that you pray for his health, Ameen,” Siddique stated.

Sheikh Mohamed bin Zayed will be the UAE’s next president.

Donna is a Rajya Sabha member, not Sourav Ganguly

Musharraf had been proclaimed a fugitive in the murders of former Prime Minister Benazir Bhutto and a cleric at the Red Mosque. He was charged with treason in 2014 for suspending the Constitution in 2007, a crime for which he was indicted.

In a bloodless coup in 1999, he gained power by deposing then-Prime Minister Nawaz Sharif.

The following are some of the most significant events in his political career:

On October 13, 1999, Musharraf takes power in a bloodless coup after Sharif fired him the day before as he was returning from Sri Lanka. The government was on the verge of bankruptcy, and the coup was widely supported. A year later, Sharif is forced into exile.

Musharraf is sworn in as president on June 20, 2001, but retains his position as army leader.

“You are either with us or against us,” then-US Secretary of State Colin Powell tells Musharraf a day after al Qaeda attacks the United States. A week later, Musharraf declares Pakistan’s participation in the US-led anti-terrorism campaign.

Musharraf declares an emergency on November 3, 2007.

In March 2016, the former military dictator flew to Dubai for medical treatment and has not returned since.