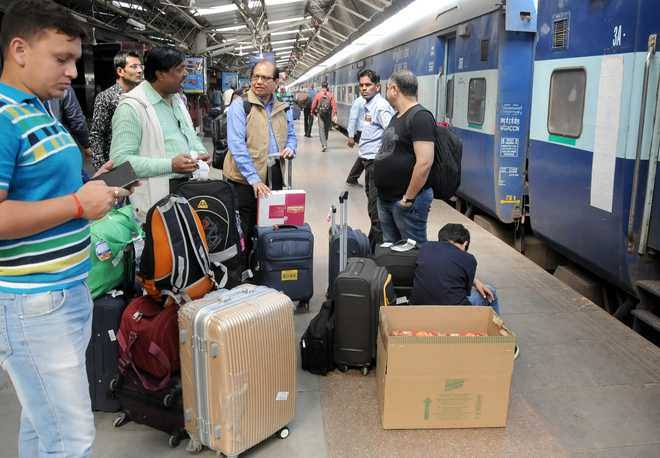 Taking additional luggage on the train could be costly. The pleasure of the journey will be cut in half if there is too much luggage.

If you have extra luggage, go to the parcel office and book it. According to authorities, in light of the recent increase in chain pulling incidents and the inconvenience to fellow passengers, the railway administration has issued a warning to passengers about carrying excessive luggage while travelling.

“Despite the fact that there is a luggage limit when travelling by train, many passengers board the train with a lot of luggage, causing other passengers to be inconvenienced “According to a railway officer, railways have always been a popular mode of long-distance travel in the country because passengers can carry more luggage on the train than they can on a plane.

Jack Dorsey resigns from Twitter’s board of directors.

Who will succeed Ranjay Dutt as CEO of IndiGo?

However, it is now a problem for both the railway and other passengers.”

Between April 1 and 30, the Mumbai division of the CR received 332 reports of alarm chain pulling. Only 53 cases were justified, according to a CR official, who also pointed out that extra luggage takes longer to load and unload, which is one of the main causes for the rise in chain pulling incidents.

The Ministry of Railways, in a tweet from its official Twitter account on May 29, cautioned passengers not to travel with too much luggage. “If the luggage is more, the fun of the journey will be halved!” the ministry claimed in a tweet. Carry less luggage when travelling by train. Go to the parcel office and book your bags if you have extra baggage.”

Passengers are only allowed to carry 40 to 70 kg of luggage on board the train, according to current railway standards. Actually, the weight of the luggage varies depending on the railway coach. Passengers in sleeper, AC chair car, and AC three-tier coaches can carry up to 40 kg. Travellers in 2nd AC coaches can take up to 50 kilogrammes, while passengers in 1st AC class can carry up to 70 kg. This limit is only 35 kilogrammes in general class.

If someone is caught travelling with too much luggage, he or she will be charged a separate ticket for excess luggage, as well as a fine that varies depending on the distance travelled.