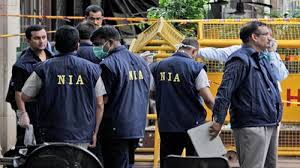 Amravati Killing: The main ringleader of Umesh Kolha murder has been arrested from Nagpur. Police said the arrested man was identified as Irfan Khan, owner of an NGO in Nagpur.

The chemist was stabbed to death in the city of Amravati in Maharashtra on June 21 and police suspect the brutal murder in Maharashtra was a post he made in support of Nupur Sharma on Facebook. He used to run a chemist’s shop called Amit Medical Store in Amravati.

The incident took place between 10pm and 10.30pm when Kolhe closed his shop and drove home in a two-wheeler. His son Saket (26) and his wife Vaishnavi were with him in a different car. On Saturday, a Home Ministry spokesman said the National Investigation Agency (NIA) would investigate the killing. The spokesman tweeted that the NIA was investigating the conspiracy behind the murder of chemist Umesh Kolhe, who was hacked to death on June 21.

The NIA will thoroughly investigate any involvement of agencies and international connections, the spokesman said.