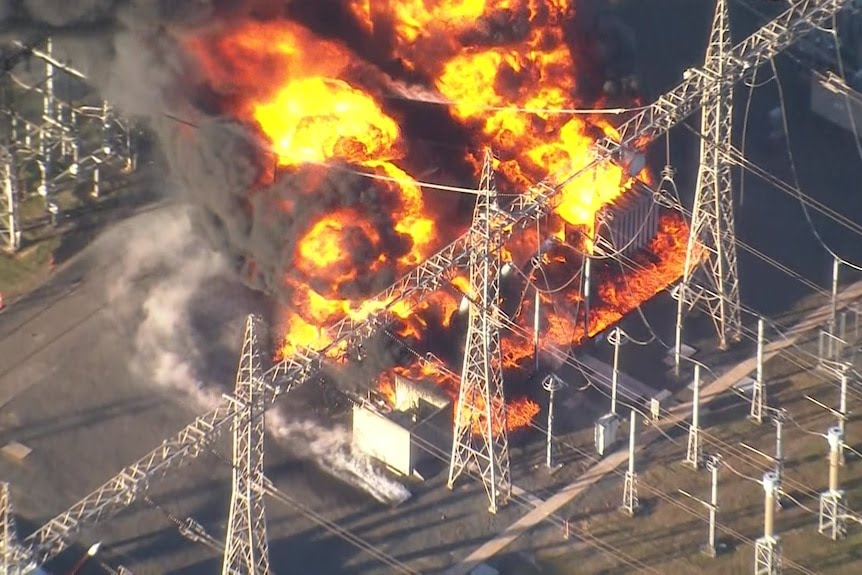 Authorities expect a fire at a power station south of Sydney to burn for several days after thousands of litres of oil caught fire and exploded on Saturday.

The fire at the Dapto substation forced the airport to close, grounding planes as thick clouds of black smoke billowed into the sky.

As they prepared to fight the fire, sixty firefighters waited several hours for the site’s electricity to be turned off.

Transgrid confirmed that the power supply to the surrounding area would not be disrupted.

“One of the redundant transformers at the Dapto substation mechanically failed, resulting in a contained oil fire,” according to a Transgrid spokesperson.

According to Energy Australia, the fire, which began around 3 p.m., forced the nearby Tallawarra Power Station to go offline for about two hours, but the station was back online in time for the evening energy peak.

The fire caused no injuries.

As smoke moved across Wollongong and Unanderra, police advised residents to stay inside and close their doors and windows. According to Transgrid, the smoke was not toxic.

A second transformer was on fire, and high-voltage powerlines were damaged in the fire.