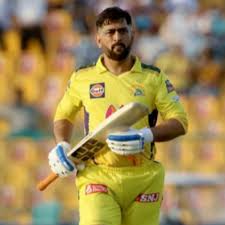 The Supreme Court on Monday issued a notice to former Indian cricket team captain Mahendra Singh Dhoni and stayed the arbitration proceedings initiated by the Delhi High Court against the Amrapali group.

A bench of Justices UU Lalit and Bela M Trivedi issued a statement that Amrapali has to protect the interest of home buyers and the previous management of the Amrapali group is not considered to represent Amrapali’s cause in the arbitration proceedings.

They also said that in this situation, a mechanism should be put in place, so that the demands made by the home buyers are satisfied, looking into and securing the improvement of Amrapali. “We issue notices to the two claimants of the two arbitration cases,” the bench said, as it closed the arbitration proceedings before the high court.

The apex court was informed that there are two arbitrations in the High Court. One of the arbitration cases initiated by ST. Construction vs. Amrapali Princely Estate Pvt., Justice B.S. Chouhan has been added as an arbitrator.

The apex court noted that since the Amrapali case is pending, it is necessary to issue a notice in this regard.

“Now, with the erstwhile Amrapali management behind bars, it is impossible for the court-registered receiver to go before the arbitrator on the personal claim. Today, the top court was informed of the matter, and after hearing the arguments, issued the notice,” said Kumar Mihir, counsel for the home buyers.

According to Amrapali house buyers, they will get more than Rs 42 crore from Dhoni, which was allegedly taken as approval fee excluding their deposits. In July 2019, the apex court said in its verdict that Amrapali diverted Rs 42.22 crore to home buyers to pay its brand ambassador Dhoni and the amount was paid to Riti Sports, which handles endorsements of cricketers.