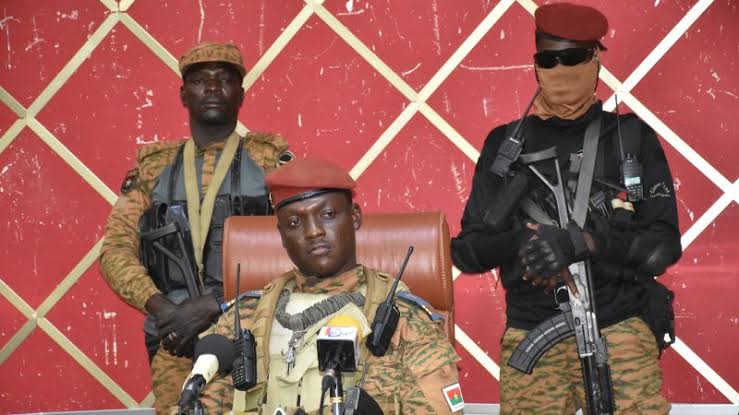 A new challenger emerged after Lieutenant-Colonel Paul-Henri Sandaogo Damiba seized power in January. The impoverished Sahel nation was embroiled in fresh unrest over the weekend. The former president was overthrown by Traore, arranging to lead a group of disaffected junior officers.

It was the latest putsch in the Sahel region, which, like Burkina Faso, became the center of a growing Islamist insurgency.

The ruling junta’s spokesman, Captain Kisvensida Farooq Azaria, said in a statement on national television that Sorghor had elected Traor as “head of state, supreme chief of the armed forces”.

Traore will now be “the guarantor of national independence, territorial integrity… and the ongoing affairs of the state”.

After a two-day standoff, Damiba fled to Togo.

Burkina Faso is fighting a seven-year-old jihadist campaign. Many people have died, nearly two million people have been forced to flee their homes, and more than a third of the country is not under government control.

Growing anger among the armed forces prompted a coup d’état against the president-elect in January.

Adds himself as interim head of state. Damiba is committed to making safety the country’s top priority.

Representatives of the Economic Community of West African States (ECOWAS) completed a fact-finding mission on Tuesday and held meetings with religious and traditional leaders and Traore.

Traore stated that the ECOWAS visit was to “communicate with the new transition authority” by support received from the Burkina Faso region.

Speculation has intensified that Burkina’s new leader follows the pattern of other fragile regimes in French-speaking Africa. Forging closer ties with Moscow at the expense of France, the region’s former colonial power and traditional ally.

Violent anti-French protests of the dramatic takeover and the raising of the Russian flag by protesters.

In the streets, protesters chanted “Get out of France”, “Ecowas don’t interfere” and “Long live Russia-Burkina relations”.

The US has warned the junta of the risks of an alliance with Russia, condemning “attempts that worsen the current situation in Burkina Faso”.

A State Department spokesman said, “We strongly encourage the new interim government to meet the agreed-upon timelines to bring in a democratically elected, civilian-led government.”

Traore previously said he would stick with a pledge that Damba takes ECOWAS to restore civilian rule by July 2024.