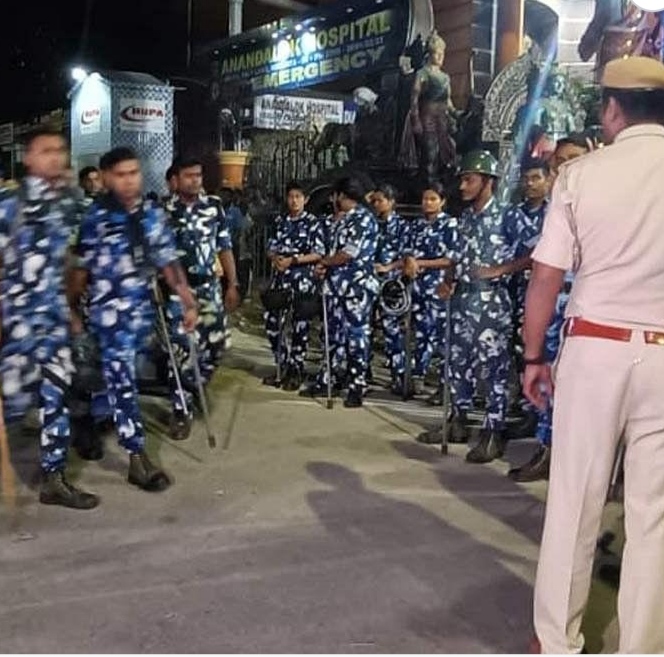 TET: Bidhannagar Police is announcing the Get Up Movement. It was announced by the police, ‘There is an order to legally enforce section 144 at this place.

Calcutta: The Calcutta High Court has ordered that section 144 should be followed in front of the board office. The police started making announcements from Thursday afternoon, citing the High Court’s order. They appealed to the 2014 Tate passers staying at Karunamayi to leave. Otherwise legal action should be taken. Meanwhile, after this announcement by the police, the agitation of the protestors became more intense. The job aspirants sat in groups of 5. They said that they would not get up for their lives.

Bidhannagar Police announced this afternoon. The police announced that ‘Section 144 has been legally enforced at this place. Accordingly, you are requested to vacate this place immediately as per Section 144 and order of Calcutta High Court. Police forces have already arrived at Karunamayi. Police all around.

TET Movement DC Head Quarter Bidhannagar Debasmita Das, Bidhannagar DC Biswajit Mahato present. This police force is deployed under their leadership. The Rapid Action Force was brought in. Along with the civil dress police, there are police officials from Bidhannagar police station. Announcing without 10 minutes. Section 144 has been ordered to be imposed on the road in front of a private hospital and APC building in Karunamayi.

Section 144 issued from October 9. According to the High Court order, section 144 must be obeyed. CP Bidhannagar was directed to complete the arrangements for entry and exit of workers with necessary police. This system will be in force till November 4. Then the regular bench will hear the case.