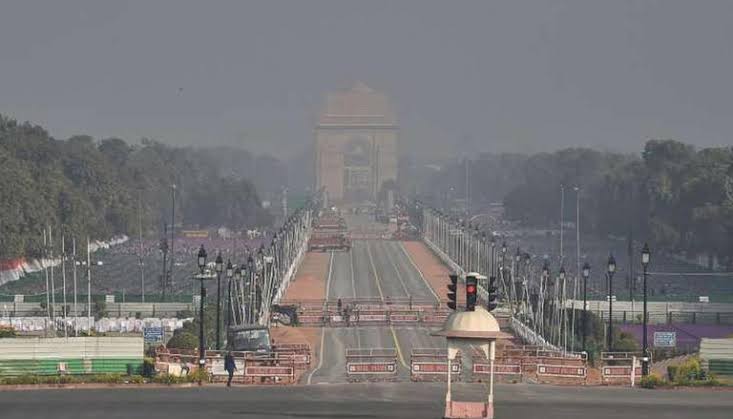 The road from Netaji statue to Rashtrapati Bhavan will be renamed ‘Kartavya Path’. According to sources, the central government wants to erase all traces of colonial India. That is why this decision has been taken.

The word ‘Rajpath’ means King’s Way or King’s Way in English. This nomenclature has a rich history. British Emperor George X entered India in 1911. The British-Indian capital Delhi was founded in the same year and the road was named Rajpath which is the Hindi translation of King’s Way. As part of the Central Vista redevelopment project, the road itself has been renamed ‘Central Vista Avenue’. Now the BJP government at the center can change its name, according to ANI sources. Incidentally, on the day of INS Vikrant Commission, a few days ago, the Center removed the ‘King’s Cross’ from the symbol of the Indian Navy and replaced it with the emblem of Chhatrapati Shivaji Maharaj. The Central Government is now going to change the name of the Rajpath. The country has witnessed many controversies over the work of the Central Vista project.

High Court order
Debate has been going on for several days regarding the start of work on the new Parliament building i.e. Central Vista project in the Corona climate. However, in May last year, the Delhi court rejected the application, observing that the Central Vista is an essential project, so it should be continued. Besides, the judges also commented that the case was ‘motivated’. The plaintiff has to pay a fine of 1 lakh rupees.
The construction project of Naya Sangsad Bhavan, Prime Minister’s new residence is costing about 20 thousand crore rupees. Many opposed it. An application to suspend the project was made in the Supreme Court. But that application was rejected