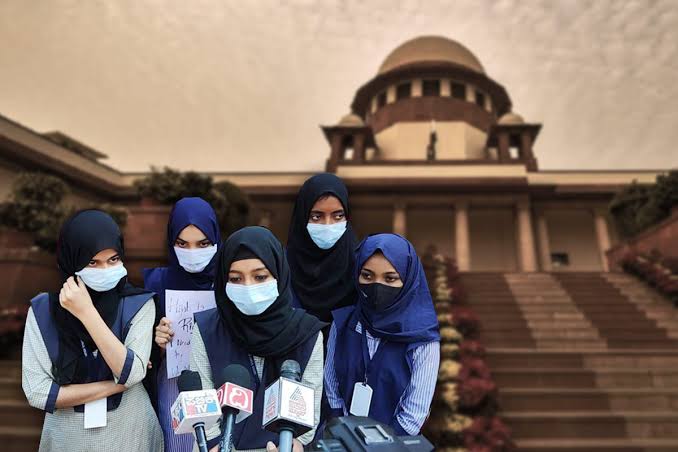 New Delhi: The High Court’s order refusing to lift the ban on hijab ( Hijab ban case) in educational institutions was challenged. The Supreme Court on Monday sought response from the Karnataka government on the petition.

A bench of Justices Hemant Gupta and Sudhanshu Dhulia fixed September 5 for hearing on the petition, giving notice to the state.
The bench also pulled up the petitioners, who sought a stay on the matter saying it would not allow “this kind of forum shopping”.

Solicitor General Tushar Mehta said he would accept paper and notice of petitions and added, no affidavit of response was required.

Regarding the case, Mehta said that since it involved a question of legal validity, no answering affidavit was required from the Karnataka government. He said SC petitioners have mentioned 6 times for urgent hearing.

The petitioners through Md. Nizamuddin Pasha sought an urgent hearing when the examination was imminent.

Pasha and other advocates said they had to prepare for the case. SC said, you are talking about the emergency hearing without preparing the case?

An appeal in the apex court alleged that the step-motherly behavior of the government authorities “has hindered the students from practicing their faith and has resulted in an undesirable law and order situation”.

The appeal stated that the High Court in its impugned order had “strictly failed to apply its mind and consider the gravity of the situation as well as the essential aspect of essential religious practice enshrined in Article 25 of the Constitution of India”.

The hijab controversy started in January this year when six girls wearing hijab were not allowed to enter a government PU college in Udupi. After this, the students protested outside the college as they were barred. After this, boys from several colleges in Udupi started wearing saffron scarves to classes