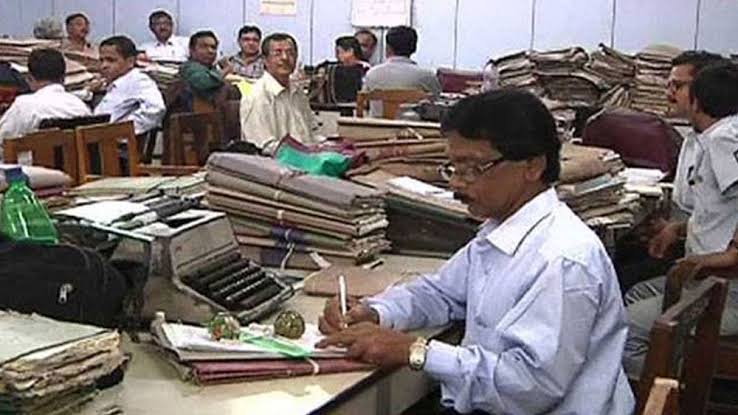 State has no DA left to submit affidavit to Calcutta High Court in DA case – In an affidavit filed in the high court in the puja grant case, the state, the petitioner has sought penalty.

Puja grants and state claims are two completely different things. The state government is not giving the power bill to the puja committees.

Gratuity Due State Government employees are not entitled to any Gratuity Allowance. The state made it clear to the court about the case regarding grants to the puja committees. Recently, Chief Minister Mamata Banerjee announced a donation of Rs 60,000 to 43,000 puja committees in the state. The Electricity Distribution Department has requested CESE and the State Electricity Distribution Board to give 60 per cent concession on electricity bills to the puja committees. After this announcement, three public interest cases were filed against the state government in Calcutta High Court.

The government filed a motion to dismiss the state case, questioning the admissibility of the case. At the same time, the court has requested a huge fine against the plaintiff.

The plaintiffs claim that the state government is not able to pay dear allowances or arrears to the employees, why is this donation being given to the puja committee.

Arguments advanced by the State in court on grant,

1) No Dearness Allowance (DA) is due to the State. Requested the court to review the verdict. That case is now pending. So it is not true that the state is not keen on paying dearness allowance to its employees after the court order.

3) The state government is not giving any concession on electricity bill to the puja committees.

4) The State has applied for immediate huge financial penalty due to non-admissibility of the case.

6) Funds are being allocated under ‘Police’ sub head since 2018 for puja related grants.

7) Allotment of funds According to the constitution, the state government can do so for the people if it thinks so, there is no bar in it.

8) It is a matter of pride for the country and the state to get Durga Puja as a heritage by UNESCO.

9) According to Article 51(a) of the Constitution, every citizen of the country has the responsibility to protect the heritage. The state government allocates necessary funds for the protection of these forests.

10) This amount is allocated for conducting the festival in a beautiful and orderly manner during the Durga Puja days. Not intended to promote any particular community.