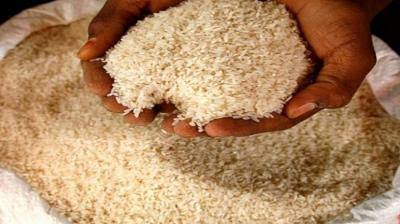 New Delhi: India on Friday banned broken raw rice export and imposed a duty of 20 percent on exports. The duty will be applicable according to different grades. The imposition of tariffs comes as India’s world’s biggest grain exporter tries to boost post-planting supplies and stabilize local prices due to poor monsoon rains, Reuters reported.

Although the process of loading broken rice has already started before this ban order. Export policy has been changed from ‘free’ to ‘restricted’. The ships have already anchored and some exports have been allowed till September 15, including their rotation at Indian ports. In that case the consignment of broken rice handed over to the Customs shall be assigned a number, and shall be recorded in their system.

India exports its own rice to more than 150 countries and reducing its shipments will add to upward pressure on food prices, already seen by drought, heat-waves and Russia’s invasion of Ukraine. The ban on exports during the Kharif season is considered significant. The overall sowing of paddy in this Kharif season will be less than last year.

This in turn can affect both production as well as prices. While banning India’s wheat exports, the government said the move would be based on the needs of neighboring and other vulnerable countries by managing the country’s overall food security.

Ukraine and Russia are the two main wheat supplying countries. The ongoing conflict in Ukraine has reduced supplies and increased prices of staple food grains.

Its global price has been rising significantly in recent months. India is trading on this rising price and is currently trading above the lowest support price Heat wave poses a problem for India’s wheat and rice Several rounds of heat wave in different parts of India have affected some crops ahead of rabi crop.