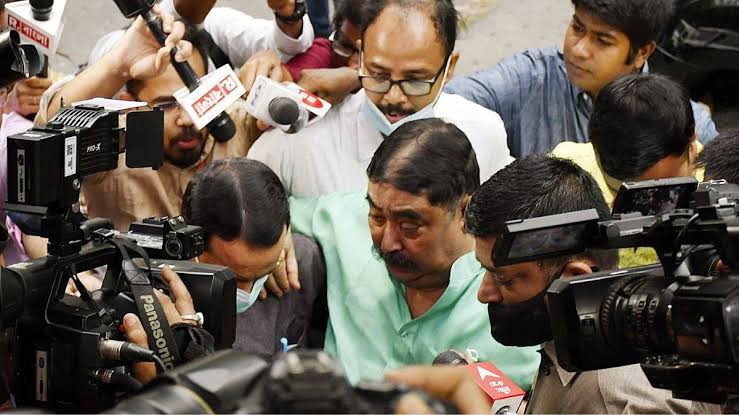 Anubrata Mondal Latest News , Anubrata arrest is now in the hands of ED, like Sahgal, the Birbhum Dapute Trinamool leader will be taken to Delhi for questioning.

Central investigators went to the Asansol correctional facility on Wednesday and interrogated the Birbhum Trinamool district president for five hours and then arrested him.

According to ED sources, the Trinamool leader has been ‘soon arrested’. Which means, within the next 24 hours he has to appear in the court. According to a source in the investigators, Anuvrata did not give proper answers to any question when he was interrogated about several matters related to transactions in the cow smuggling case. The ED sources claimed that Anuvrata was arrested on the charge of non-cooperation in the investigation.

According to ED sources, the Trinamool leader has been ‘soon arrested’. Which means, within the next 24 hours, he will have to appear in court.

Now the ED wants to take the Trinamool leader to Delhi for questioning. Not only that, the central agency is also planning to cross-examine Anuvrata and Sahgal there.

According to the ED sources, since the deadline for bringing Anubrata to the court is 24 hours, he will be produced in the Asansol court. There, an application will be made to take Anubrata to Delhi and take their custody. Exactly what happened to Sahgal.