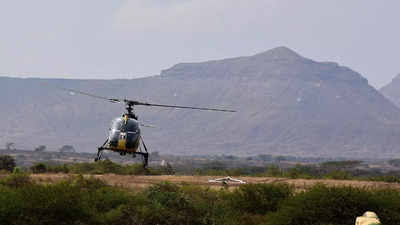 An Indian Army Cheetah helicopter crashed on Wednesday near the border with China in Arunachal Pradesh’s Tawang district, news agency PTI quoted Defense Spokesman Col AS Walia as saying. A pilot lost his life in this accident.

The incident took place around 10 am in the forward area where regular operations are conducted. The cause of the crash was not immediately clear, he said.

Walia said there were two pilots in the plane and they were sent to the nearest military hospital after the incident. A seriously injured pilot is undergoing treatment at the hospital. The other pilot died.